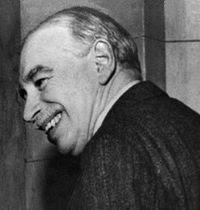 An article in yesterday's Observer allows me to put up an image of one of my heroes, John Maynard Keynes. For Keynes was founder of the Arts Council.
Tamara Rojo makes clear about the independence of culture as a result of having an Arts Council. Clearly this is in part due to a fear of subversion of culture for propaganda ends, as was the case with Nazi Germany. Wittinglly and unwittingly, a number of artists were held up as talismans for the system, such as Wilhelm Furtwangler. Indeed, Germany hasn't had a proper culture ministry in the post war era. If there is one now, it's a new development.
If the Arts Council is streamlined to such a degree that it becomes a mouthpiece for DCMS, then who knows where and how the arts will be used or manipulated. Of course, it won't seem as though that has been done, but it could easily be the case. Over recent years, Arts Council applications have already asked for details about ethnic breakdown (and even sexual preferences) of those involved. And it looks for outcomes rather than artistic quality.
Certainly we have found it difficult at the Vortex to persuade the Arts Council that we are worth significant support as a top quality jazz club! Discussion focusses on making returns in a shortish time period, in my view.
With the government about to make significant cuts in spending, I can easily envisage that they desire to streamline arts funding and bring it "in house". I hope not.
Posted by Babel blog at 3:35 PM No comments:

The label to find (some of) the best bands to come? 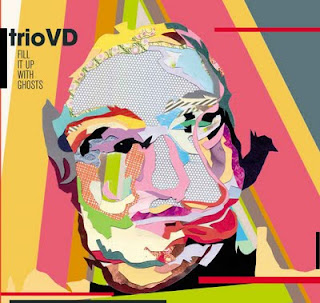 I look back at the catalogue of Babel fairly regularly - if only because there are quite a few boxes of CDs in my storage spaces and in my shop by the Vortex.
Two things come out from some of these recent musings:
One is the quality of so much music that has come out of the UK jazz scene over the past 15 years. Much of this period has been a bit of a lull economically for jazz. Yet even many of the earlier albums hold up as well as any of the later ones, which have been more successful. For example, the three Babel albums by Julian Arguelles, those by Huw Warren and those by Christine Tobin. Some of my favourite little solos are on these albums. For example, Huw's solo on The Priest on Christine Tobin's Aililiu, or Iain Ballamy's 16 bars of perfection in "Everybody's Talking" on Billy Jenkins True Love Collection.
Second, the number of bands who have used the label as a springboard. In other words, that I have been able to find a lot of great musicians early. So some of these are going on elsewhere, but we did it first (or nearly first!). Tom Arthurs is now a BBC New Generation Artist, Led Bib themselves got a Mercury nomination. Then there are all those musicians who received BBC Jazz Awards, while the awards existed - Fraud, Finn Peters, Acoustic Ladyland, Christine Tobin etc. etc. (By the way, I have always been surprised that Polar Bear, despite a Mercury nomination and great albums, didn't get a Jazzwise best album award or Seb Rochford never, despite the recognition that he has justifiably received, got any best musician gong).
So, if you are looking to the future of many musicians, come to check out our albums first?!
TrioVD, Amit Chaudhuri, Paula Rae Gibson, Golden Age Of Steam, Twelves Trio, Outhouse with Hilmar Jenson, Lothar Ohmeier (in the dark!) and more to come over the next year.
A model of a label which has probably been doing much of the same is Fresh Sound New Talent in Barcelona, where you would have heard first offerings by Brad Mehldau and and and.
Meanwhile, I am beavering away on bringing out at least one great "classic" British jazz album. It'll take time but I hope that the result will be positive....
Posted by Babel blog at 11:13 AM No comments:

We are the time of year, when journalists prepare their year-end lists. When one looks down it, I would be intrigued to see what proportion are
a) CDs which were released in the past 3 months and/or
b) CDs where average age of the musicians is under 30.

So, if I look at the Babel list of releases in 2009, I would be surprised to see any of our releases in most lists, since they include Partisans, Big Air (both not being in the criteria as above) or Zed-U (released early in 2009).
Posted by Babel blog at 10:11 AM 2 comments: